Globally there has been a resurgence of bed bug infestation after decades of suppression using modem pesticides such as pyrethroids. The dramatic rise in bed bug infestation has been reported in Canada, USA, Australia and Africa causing panic and significant public attention. Bed bug is widely found in temperate and in sub-tropical countries and is broadly distributed in regions north and south of the equator. Bed bug infestation is shallowly studied and thus limited information regarding the parasite especially in developing countries such as Kenya. The objective of this study was to establish effect of a Community Health Volunteer (CHV) led mobile phone intervention in Public Health Surveillance of bed bug Infestation among households in N akuru County. The study deign was a quasi-experiment conducted in intervention and control sites. Flamingo and Kivumbini wards where intervention sites while Menengai and Kiratina were control sites respectively. Sample size for intervention and control sites were354 and 362 households respectively. Purposive and systematic sampling methods were used to identify the study participants. Ethical approval will be sought from Mt. Kenya University Ethical approval board and the National Council of Science and Technology (NACOSTI). At baseline, crude and adjusted Odds Ratios indicated that there was no significant difference in public health surveillance of bedbugs [Crude OR=l.005, 95% CI=0.812-1.244, P>0.05)] and [(Adj. OR=l.41995%CI=0.797-2.524, P>0.05)]. However, in the end term survey, both crude and adjusted ORs indicated a significance difference in public health surveillance of bed bugs in intervention site compared to control site. Crude OR. =O. 339, 95% CI: 0.184-0.623; P<0.05)], and adjusted OR=l.621, 95%CI: 1.064-2.468)]. The Community Health worker Mobile led Intervention increased the probability of bedbug detection and reporting (Surveillance) by 62% in the intervention site. The community health worker based mobile application is effective in carrying out public health surveillance of bedbugs. The ministry of health should adopt such technologies and scale up to entire Country to help in controlling the menace caused by bedbugs in Kenya. 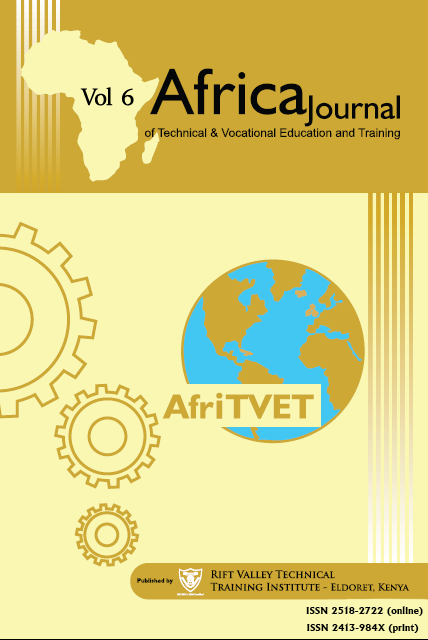 This work is licensed under a Creative Commons Attribution-NonCommercial-ShareAlike 4.0 International License.

Copyright Notice Copyright of published articles is held by AfriTVET. No limitation will be placed on the personal freedom of authors to copy or to use in subsequent work, material contained in their papers. Please contact the Publisher for clarification if you are unsure of the use of copyright material. Apart from fair dealing for the purposes of research and private study, or criticism and or review, this publication may only be reproduced, stored or transmitted, in any form or by any means, with the prior permission in writing of the Publishers.
Information
Keywords 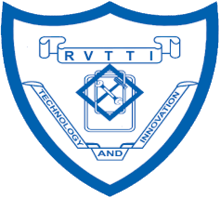